In the middle of the laser industry chain are lasers, including fiber lasers, carbon dioxide lasers, and other solid-state lasers. As the core component of all laser application products, the laser is the top priority of all laser application products. In 2018, the scale of the laser market also driven by the rapid growth of the downstream equipment market scale in China reached 1,186 million USD, accounting for 60.6% of the global market share. 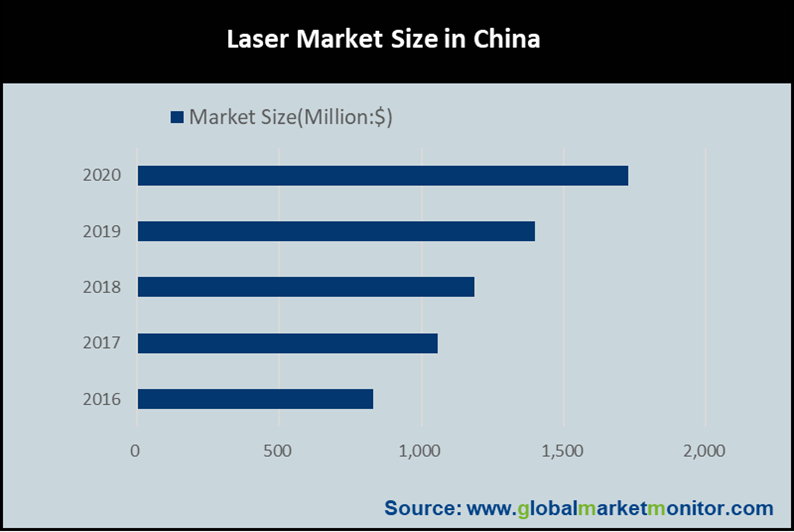 Downstream of the laser industry chain is mainly laser equipment which includes laser cutting, laser marking, and laser welding, and laser cleaning, laser aesthetic medicine, etc. The size of the global laser equipment market in 2018 was about 13.3 billion USD, of which that of China accounted for more than half of the total, about 8.6 billion USD. 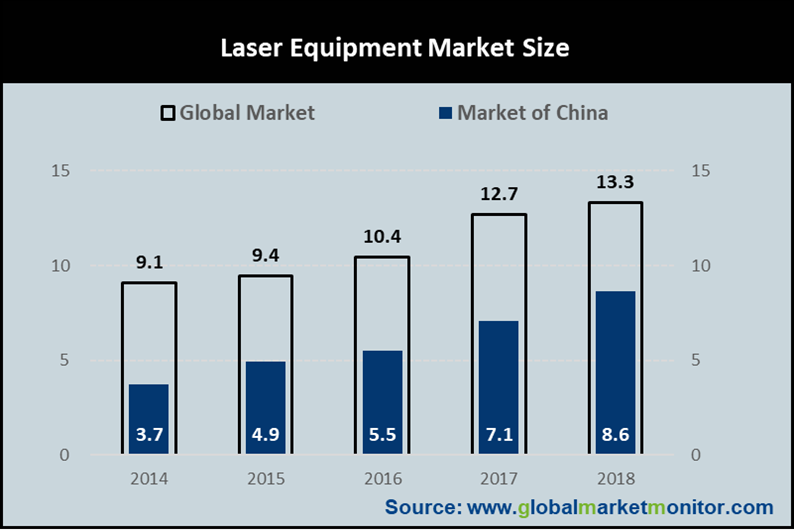 The laser is a significant invention of science and technology in the twentieth century, which enables people to master the luminescence process of molecules with small scales, large numbers, and chaotic movements, to obtain infrared rays, visible rays, and ultraviolet rays. With the advancement of science and technology, people have put forward higher requirements for laser technology, and ultrafast lasers with super processing capabilities are sought after by the industry.

Ultrafast lasers have unique ultra-short pulses and ultra-strong characteristics, which can focus on ultra-fine spatial regions and obtain high peak light intensity with low pulse energy. Unlike traditional long-pulse lasers and continuous lasers, ultrafast lasers have ultrashort laser pulses, which makes the spectral width of the laser pulses quite large, and also solves many processing problems that are difficult to achieve with conventional methods.

In the Chinese market, the domestic traditional manufacturing industry is facing in-depth transformation and upgrading. Laser technology has gained more and more applications in consumer electronics, new display, and biomedical and other fields. The ultrafast laser market has also been in recent years. In 2018, the ultrafast laser market reached 167.7 million USD, with a growth rate of 45.06%, which is twice the growth rate of the entire laser equipment market. 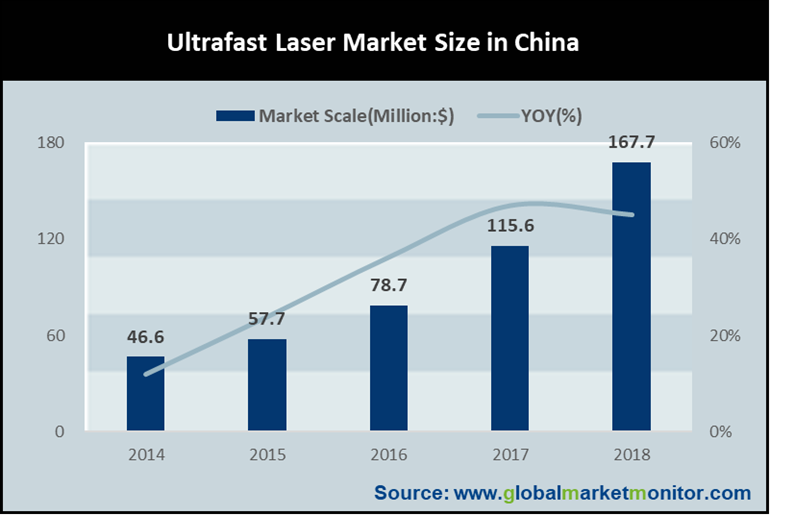 There are two patterns of the foreign ultrafast laser companies. One is that the large-scale enterprises who are optimistic about the ultrafast laser takeover those who keep the core technology, which is the most common style for most companies. Another one is that those companies are will to develop independently in various ways of cooperation with others.

China is currently in the early stages of development, which is accelerating technological breakthroughs in ultrafast laser technology. Ultrafast lasers represented by picosecond and femtosecond lasers have started to be used in technology since 2003, with less than10 years of development. With the help of policies and market forces, there some domestic enterprises that have had an excellent performance and contribution in this field.

Ultrafast laser products of Grace laser are mainly used in scientific research, industrial processing, and medical cosmetics, with an annual production capacity of more than 2,000 units., who is one of the fastest-growing enterprises in my country's ultrafast laser industry.