Automotive interior trims mainly include cockpits, seats, and dashboards, and door inner guards, and armrest boxes, and others. Interior products often have attributes such as decoration, functionality, and safety, whose quality is directly related to the comfort of the car.

Higher requirements are supposed to be realized in the automotive interior trims which will usher in a great evolution for the trend of vehicle electrification and intelligence.

The post-90s generation is gradually becoming the backbone of the consumer market. This generation deeply influenced by the Internet has a higher sense of experience and greater sensitivity to the digital economy. At present, the digital economy which is changing the consumption style will definitely eliminate the products or services that are not in line with the trend, and a consumption upgrade will follow.

Participants in all links of the automotive industry chain have already emerged to varying degrees of behaviors that cater to the "post-90s" population. What can be seen is that the younger trend of automotive products in 2020 is obvious. Interior trim companies with advantages in product design capabilities and customer structure will accelerate their rise. 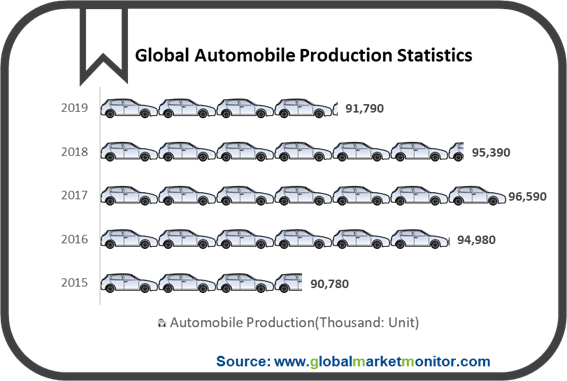 The decline in global car sales is mainly due to the slowdown in economic growth in Asian countries such as China and India. At the same time, China's increased subsidy standards for electric vehicles and the cancellation of its diesel vehicle purchase tax subsidies have further decreased car sales. 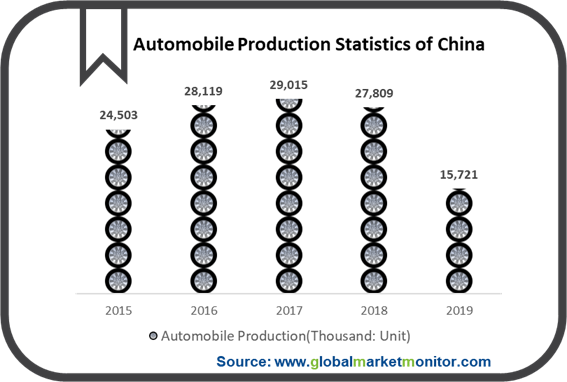 But people are still full of confidence and expectations for the auto market of China. The reason is that the automobile structure of China has accelerated adjustment, and the car ownership of rural households has increased by 15.5%, which has been significantly higher than the growth level of urban areas for five consecutive years. Secondly, the level of the automobile market is gradually upgraded, and the market share of mid-to-high-end passenger vehicles continues to expand. SUV sales accounted for 43.7%. Finally, sales of new energy vehicles of China exceeded 1.2 million, accounting for more than 50% of global sales, which shows a vast market capacity.

The world economy has been hit hard by the epidemic, which will take a long time to get back on track. However, as the domestic epidemic prevention and control has achieved good results, the Chinese economy has begun to bottom out. Data show that as of June 2020, auto production of China was 2.325 million vehicles, an increase of 22.5% year-on-year, which is particularly eye-catching among many downward curves.

Affected by a variety of factors, the auto production of China has declined in the past two years. This also indicates that it has gradually entered a period of phase adjustment after years of rapid growth. However, this does not mean that auto sales will continue to decline.

As concerns of consumers when buying cars have shifted from and fuel consumption to comfort, the quality of interiors has become one of the important selling points of automobiles.

The Domestic Interior Parts Market Is Expected to Reach 19.5 Billion U.S. Dollars in 2020 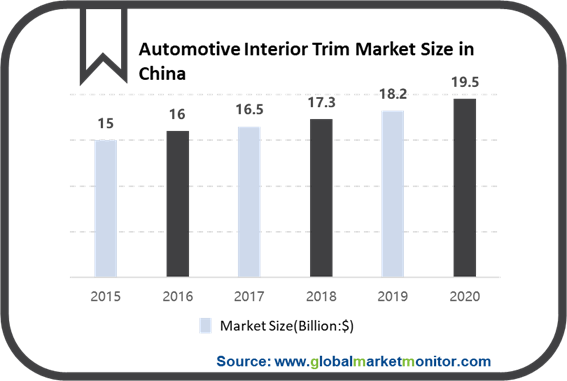 The Industry Structure Is Clear, And the Market Space Is Still Large

The traditional interior decoration industry has a large space and a clear pattern, which is a subdivision track that can nurture the leader. Cultivated many global large-scale parts and components companies, such as Antolin, Virginia, Yanfeng, etc.

At present, the interior market of domestic joint venture car companies, except for Yanfeng interiors, the remaining German and American joint venture markets are basically divided by multinational leaders such as Virginia and Antolin. For joint venture customers, they mainly rely on the parent company or their own joint venture companies to cut in.

Returning to the perspective of automobile sales, in 2019, the domestic market share of the top four in passenger cars field totaled 32.6%, a year-on-year increase of 0.66PCT. In the context of increasing industry concentration and the Matthew effect becoming more and more obvious, the ability to obtain the head customer resources of the automotive industry in the future has become a key factor for the growth of interior companies.

For consumers, automotive interior trim must take into account multiple aspects such as comfort, intelligence, and safety performance, and the requirements for refinement and humanization of car design are getting higher and higher. As the overall quality gap between different brands of cars has narrowed, automotive interior trim has become a new battlefield for competition, with huge market potential.